1000 Years Later, Even My Weakest Follower Has Become A Demon King 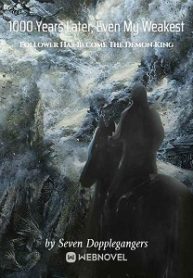 Zhou Mu finds himself remaining in a single-player VR game despite having decided to quit after platinum-ing the entire game. However, he realizes that the world has completely changed. Realizing life in the game is better, he continues on with his in-game name, William Kane.

“Why is the world united under my name? And what’s with the religion that honors me as their god? The royals are claiming to be my descendants? Was there ever such a function in the game? What have they done for the past 1000 years when I was gone?”

“Are you calling me a traitor? Aren’t you guys the ones who have been doing evil deeds in my name? Behold, for you shall witness this lost forbidden spell!”