After Being Reborn, I Tortured The Vicious Sister-in-law 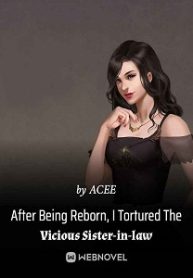 One day, Wei Xue said, “I killed your child on behalf of Brother Wei Ting. Why don’t I send you to hell now so you can keep your child company? Oh, I forgot to tell you that I was adopted by the Wei family. I have no blood relation to Brother Wei Ting. I love him, and he loves me.”

Su Meng died, and when she woke up again, she found herself having returned to that night, five years ago. This night, she was supposed to get pregnant with Wei Ting’s child. Staring at Wei Ting, the obedience and flattery in her expression disappeared without a trace. What remained was only icy resentment. “Get out!” Wei Ting felt incredulous. This woman was seducing him in the first place, so why did she suddenly turn into a stranger? The next day, Wei Xue appeared before Su Meng with her fake smile. However, after experiencing all that, Su Meng couldn’t possibly let herself be tricked again! In this life, Su Meng would live for herself and take revenge for her child and herself! Men? Beat it! Wei Xue, you’ll pay with your life!