Becoming An Ancestor In Another World From This Day On 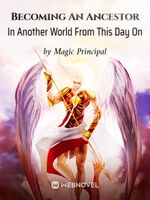 With the birth of Romo’s 18th generation descendant, something beyond the realm of consciousness has been awakened!Romo Nicholas had been dead for more than 500 years. He has just been forcefully revived by the System called the Ancestral Simulator.To his shock, someone is plundering his descendant Little Arthur’s luck! Romo has to save him!But how? The System has only revived his spirit but not his body. He is now without the magical powers he had as a powerful Mage in his previous life.After his death, his Nicholas family clan has fallen into dire straits and fled to Winterfrost, a desolate place, where they have been oppressed by the two large local family clans in Winterfrost.Sinister forces are plotting against his descendants.Romo can only rely on the System, exchanging Faith Points from the worship by his descendants for Meditation Techniques, Luck Points, Magic Pills, Talismans, Magic Weapons etc.Can he, the Old Ancestor, who remains stuck in his tablet in the ancestral hall, save his clan, protect and prosper his descendants?