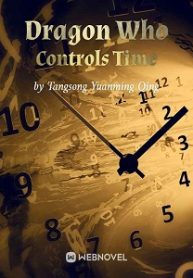 The Northern Ice Fields had no boundaries.

The Winter Wolves hid within the snow, the Frost Tigers growled incessantly, and the roars of Giants echoed throughout the land. Many species struggled to survive in the icefield. At the same time, a baby White Dragon possessing the power of time broke out of its egg and opened its platinum-colored eyes.

Years later, the legendary Time Dragon appeared, moving freely between the endless past, present, and future.