Ex-Hero Candidate’s, Who Turned Out To Be A Cheat From Lv2, Laid-back Life In Another World 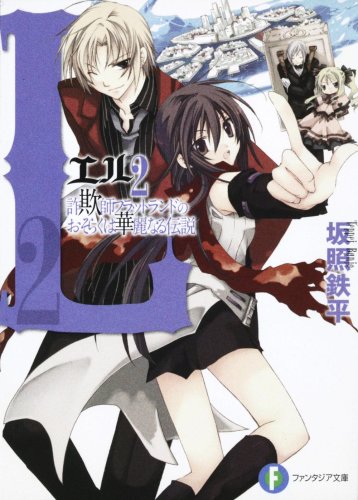 Banaza, who got summoned to the magic kingdom of Cryroad as a Hero candidate, due to having only the abilities of only a regular citizen, got treated as a disqualified Hero.

That kind of person, the moment he became Lv2, acquired all skills and magics, and transcended into a super cheat with all ability points broken through the limit!

Even so, he, who does things in his own pace with an easygoing smile, takes Lys of the Demon race as his wife, and fully enjoys newly-married life. He changed his name to Furio and leads even more laid-back life, but to such Furio household, on top of a pet sabear and 4 freeloader female knights, even a Majin and Ex-Demon Lord join in, however even in this state, which couldn’t be more chaotic, enjoyment of a laid-back life continues. Please enjoy the story depicting the everyday life of the Furio family, which with the birth of the twins, gets ever increasingly laid-back.

Furthermore, story of the man who became the Hero instead of Furio included!

Read Lord of the Mysteries Chapter 205

Was about to comment the same thing lmao, they went on god

Well you have to factor in the information the author gave you. MC fought a few life or death battles since being exiled. He's the more experienced in fighting for his life whereas Marass has just been training under the protection of the family. It was said early in the fight that MC was going to take advantage of her inexperience. That's something that's done in the real world between opponents. So, I wouldn't necessarily say it's the author making the villains so stupid.

Read Lord of the Mysteries Chapter 203

How was Old Neil a bad guy? Except for losing control at the end of his life he was a good guy and I think he still was, He was tryna bring back his Fiance albeit in a bad manner, It was still a good intention with just poor execution, And still when the spell he needed had stated to him to get a lot of blood he refused and tortured himself with something to extract blood out of himself to not harm anyone. Maybe if he went berserk yeah he may have hurt and killed people but can you really do anything when you get enticed by an evil god? When even The fool you call trustworthy is being revered by a sequence 7-Alger enough to influence his actions, And that just words, Not power.

I think the implication is that she already used her amp up skill and that her class is passively amped and that he has a collection of stacked abilities, active and passive, from both his class and rewards that he's using. I think one of those was a 15% attack boost based on fighting a higher level opponent. So that's 15% + 100% and I can't recall if he has other attack boosts (although I think he does) so you use that 115% to apply to his attack points, which I forget what it is and there you go. I think now he he has crazy attack boost now.

Damn it feels like hes leaving both jin and kevin in the dust.. i hope kevin and jin can keep up their paces.