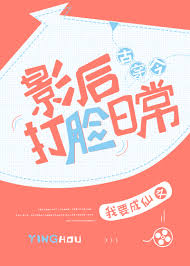 After all the effort of climbing from a mere daughter of a concubine to the Crown Prince’s consort, before the veil was even lifted, I had become a “flower vase” actress!

The people in the entertainment industry discovered something strange. The “flower vase” girl with the terrible acting suddenly improved! She was also proficient in all of the four arts (zither, Go, calligraphy, painting)!???

Host: Miss Su, there have been rumours that Film Emperor Xie refused to act in this drama because your acting skills are not up to par. Do these rumours reflect your real-life relationship with him? Do you two not get along?

Su Shen: These rumours are all groundless, made up by netizens. He is a very good senior of mine and has given me many suggestions to improve on my acting. We do get along (smile).

The phone connected with a “beep”, and a lazy male voice suddenly came through, “When are you coming home, I’m hungry.”