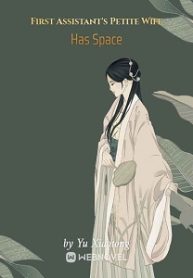 In the 21st century, a female military doctor, Lu Jiao, transmigrated into a novel and became the vicious mother of four little villains and the wife of the future First Assistant.

In the novel, the four little ones would grow up into villains who committed all kinds of crimes and killed people without batting an eye. Eventually, they would end up getting killed by the male and female protagonists. To avenge his sons, the First Assistant would transform into the final boss and die after committing many sins.

What she didn’t expect was that the four little villains and the future First Assistant would want nothing more than to send her to her death.

They attempted to strangle her in the middle of the night, use broken pieces of porcelain to slice her arteries, and poison her food. Lu Jiao was furious. “I’m not doing this anymore. If you want to become villains, go ahead.”

However, the four little ones now refused to let her go.

“Mummy, please don’t go. We’ll be obedient from now on.”