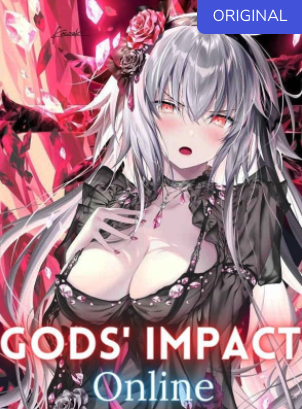 In the future timeline, Humankind had developed things that brought a revolution to the world. But their best invention was fully immersive VR games that became more and more advanced as time passed. They could create new worlds— in virtual reality, that was more beautiful and profound than the real world they lived in.Upon seeing how Humankind started discarding the world created by the gods and embracing the fake world created by humans, gods were enraged.Thus, gods transported the souls of all the VR game players into the game created by gods—called Gods' impact, which was unlike any VR game. It was too surreal with daily struggles, quests, systems, monsters, and... more deadly and cruel than the real world.However, they could use their real-life skills and talents in the game. The money they earned in the game was added to their real-life bank account. As they evolved in the game, their body also changed in real life. Furthermore, the players who died in the game also died in the real world.How will Zach, who just happened to try out the VR game for the first time, only to be transported into Gods’ impact, survive?"Everyone's stats are limited. I will become limitless by cultivating infinite MP!" Zach announced nonchalantly when he realized he might be the strongest player in the game.Little did the gods know that they would regret messing with Zach, and his existence alone would become a threat to them.

The Beginning After The End - Chapter 350

Arthur is a straight up menace

All My Beasts are Legendary - Chapter 381

Why did they change challenger level to monarch?

Ugh i wanna see it😭