Help! The Seductive Villain Chases Me Everyday to Expose My Other Identities! 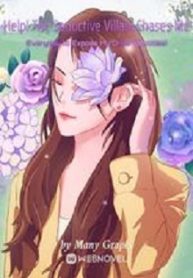 Shi Ran encountered an accident and transmigrated into a novel. She became a small-time cannon fodder supporting character in the story and was also a fake daughter who was not as good as the female lead of the plot. It was probably easier to just stop trying so hard and let herself go. Anti-fans: “Our Feifei’s skills are killing it!”The next day, Shi Ran’s first drama was released, and her seven-second appearance in the clip became viral on the internet, overshadowing the female lead, Shi Wenfei. It was smooth sailing for Shi Ran after that, and she even won the best actress award in one fell swoop. Anti-fans: “Our Feifei can sing and even write her own songs. What can Shi Ran do?”Elite Emperor: I won the Best Golden Song Award this time, and it’s all thanks to my awesome composer @ShiRan!Anti-fans: “!!!”One day, when a live stream was ongoing, anti-fans poured into the channel frantically, abusing the bullet comments and cursing in barrages. Anti-fans: “Our Feifei has gotten engaged with Young Master Zhou! Her fiance is tall, rich, and handsome! He pampers her, unlike you, who’s unwanted!” “Babe, where are my things?” A man’s deep, magnetic voice silenced the barrages of comments. In the next second, a man with an enchanting look appeared in front of the camera. Everyone was shocked! It was the Chu family’s future head, Chu Jinchen! The man’s black eyes swept across the barrage of comments flying on the page. Pretending to be puzzled, he said, “The Zhou family? Who’re they?”Shi Ran looked at him, who was obviously humblebragging, and said, “I’m live streaming now.” “Why don’t you live stream something more interesting?” Saying that, the man leaned closer and behaved intimately. Everyone watching broke out into indulgent smiles. Then the camera went black, and the live stream ended. Everyone slammed their keyboards frantically. No! Continue the live stream! Come on! The next day…#Actress goes public with her relationship# was on the hot search. Chu Jinchen: “You’re finally willing to go public with me, Baby!”Shi Ran: “…Are you sure you didn’t pay to put that headline in the hot search?”