I Have Decided to Go Look for My Father 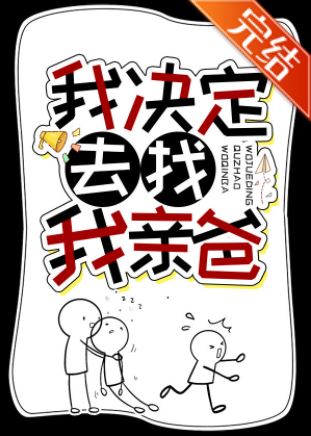 Lin Xi spent 14 years at this family and never did figure out why she had always been mistreated. She finally learned that she was living in a cliché novel with radical moral standards. Her mother was the female lead and her “father” was the male lead. Before the male lead fell in love with the female lead, he had belittled and was abusive to her in all sorts of ways. He even offered her up to others and, finally, the female lead had intimate relationship with a strange man. The male lead fell head over heel in love with the female lead after that and expressed that he did not mind the child. Nevertheless, the existence of said child was a like a thorn in male and female leads’s hearts and it reminded them of their past constantly. Unfortunately, Lin Xi was this child that should never had been born. In the extra, Lin Xi tried to set up her sister out of envy but it backfired on herself and she ended up strangled. The male lead was able to locate the man who had intimacy with the female lead and ruined both his reputation and family fortune. After 10 seconds of hesitation, Lin Xi decided to leave the family where she was not loved and go live with her own father. ***[1] When they first met, Gu Shao looked at the dirty girl with a foolish smile with resentment in his eyes.Gu Shao: What’s your name?Lin Xi: Lin Xi. No, I mean Gu Xi. Gu as in Gu Shao. Xi as in milkshake.Gu Shao: … … Lin Xi: Dad, if you will raise me till I am of age. I promise I will be around at your deathbed and buy you the best plot there are.Gu Shao: … … —Clarifications:1. Real father. Father is an elite in electronics and very mighty.2. Female lead is a valedictorian3. Female lead’s original name is Gu Xi. She became Gu Xi after her father recognized her. Xi as in treasured/beloved.4. There is a male lead, but romance line will not begin until after female lead is of age.

The Trash Wants to Live - Chapter 10

okay,just to protect my sanity. i was imagining yoen jae is like jiwoo in eleceed. this hyung is kayden. and the other is yoo jisuk ( (┛✧Д✧))┛ i know iknow is like heaven and earth..stop protesting already..) and its not BL, its not..#selfhipnotizing q(❂‿❂)p okay, now im ready to read again..

The Trash Wants to Live - Chapter 9

okay, lets stop a little. i need a pause and then get back to re assure my self coz i have been constantly asure my selfbthatbthis isnt BL. is this novel add genre BL...?? just pleasebtell me coz my heart cannot add another surprise like this hugging things...(/ω＼) close eyes（∵）？

waiting to see ayanokonji vs hozen

It open every ten years but there's only a 5 years range in age for submition . Those born on 2.5 years before or after the exam won't have a chance

damn that's some sharingan stuff u got there