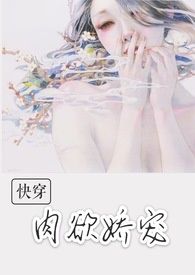 Chu Jiao had always suffered from the quick changing nature of human relationships since little and had never tasted the feeling of being doted on. She was suddenly informed that her existence was only a few strokes of a pen in a novel. All her suffering was set by the author in order to make the male and female leads succeed.

She wasn’t willing nor could she accept the truth.

For vengeance, she bound herself to the “Supporting Female Carnal Desire System”. In order to survive and go back to the original world, she needed to kick down the female lead and take on the mission of catching the male lead and to clear the conditions, she needed——bo-body fluids?

Originally, she only planned to use her body without the intention of losing her heart but she never imagined that she would over and over again meet people that would carefully place her in the palm of their hand and spoiled her dearly.

They paid her with sincerity so she might as well return it with deep feelings.

Ultimately, she discovered that everything was actually love.

As the stars move and the time turns, you’ll like me no matter what I look like.