It Turns Out I am a Dao Ancestor 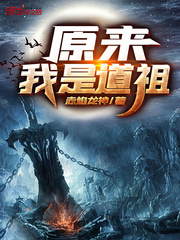 Sun Hao traveled to a world of cultivating immortals. Unable to cultivate, he practices the guqin, chess, calligraphy, poetry, wine, and flower tea are all in the supreme realm. He didn’t know: The pet on his farm was the Nine Heavens God Luan. The lotus in the pond is a peerless demon. The guard outside the door is the ruler of Thunder Tribulation. Later, he discovered: The swordsman who picked up his broken hatchet became the peerless generation of swordsman; the scholar who often listened to him to chant became the ancestor of Buddhism; the girl who came to learn to play the guqin with him became the supreme demon clan. … Sun Hao sat on the throne of Heavenly Emperor, with a shocked expression on his face: Am I a Dao Ancestor? I take the heaven and the earth as the disc and all beings as my sons, and create a shocking situation? I do not know how?