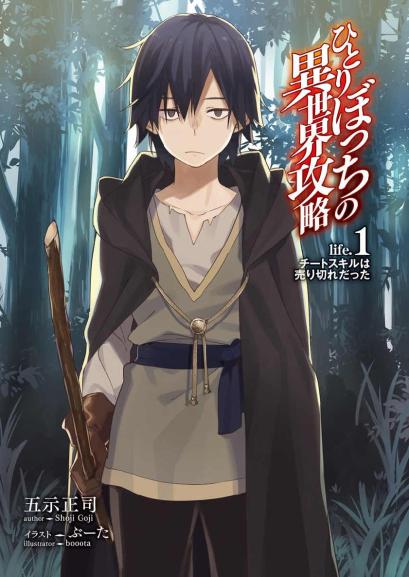 Haruka, a high schooler who spends his life as a “loner,” is suddenly summoned to another world with his classmates.

Noticing the god in front of him, Haruka was going to get cheat abilities by picking what he wanted from the skill list so that he could live in the other world――or so he thought, but the skills were first come, first serve.

All the cheat skills were taken by my classmates?!

After not being able to get any amazing skills, Haruka’s “loner” skill made him unable to join any parties. Even in another world, he’ll adventure in solitude.

Haruka, recognizing the crisis of his classmates, decided to secretly help them out while not relying on cheats. He’ll surpass cheats as he walks the path of the strongest――.

Let the curtains raise for the tale about the strongest loner’s attack on the different world!

COMMENTS
Sponsored Content
NEW NOVELS
Returning Transcendent Opens an Idol Agency
6.3
Salvos (A Monster Evolution LitRPG)
8.0
Matan’s Shooter
8.1
Unliving
9.5
My Werewolf System
6.4
The Love of Imperatrix
4.9
Single Dog Ending System
10
Shimotsuki-san Likes the Mob (WN)
9.2
I’m Having Trouble With a High School Girl I Meet on the Commuter Train Who for Some Reason Has Taken a Liking to Me
0.0
The Exhausting Reality of Novel Transmigration
9.7
A Saint Lives In The Demon Duke’s Mansion
9.2
I Gain a New Ability Every Day
5.1
See All New Novels »
SEARCH BY GENRE
Sponsored Content
LATEST COMMENTS

Infinite Mana in the Apocalypse - Chapter 719

Woah a deal with the Nexus Galaxy

Infinite Mana in the Apocalypse - Chapter 718

Wait so the Nexus galaxy will power level him?

Infinite Mana in the Apocalypse - Chapter 717

So he is not using the Dragon if even after he upgrades it?

I hope that Daejin Group suffer and went bankrupt