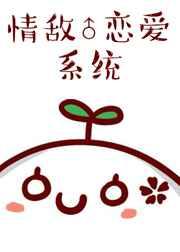 Jiang Yang and Qin Xu both dislike each other. Every time they meet they become filled with hatred. Both have feelings for the school idol but they didn’t expect that the other party was actually a cross-dressing man. In an instant, their world views were shattered.

“Bound to the system. I shall assist with building the friendship between you and Qin Xu. Tasks will be released randomly and punishments will be enforced if it is not completed on time.”

Jiang Yang scoffed coldly: “What a joke! I’m not doing it!”

The system exploded: “I wanted you to become friends but you became lovers instead?! You are the worst hosts I’ve ever had!”

Eventually the system transferred departments —– To the Matchmaking Department.

The Beginning After The End - Chapter 381

Ok i take back my 2nd previous comment lol, seems like the lances can still help Art. However, i still think more people than necessary died

I Shall Seal the Heavens - Volume 6 - Fame That Rocks the Ninth Mountain; the Path to True Immortality - Chapter 994

Oh do not have the Grand Elder act innocent now. The old coot was just as complacent in letting this occur as the traitors are for instigating this. I hope there is some real justice at the end of all this.

I Shall Seal the Heavens - Volume 6 - Fame That Rocks the Ninth Mountain; the Path to True Immortality - Chapter 993

Whoa, whoa time out! ...Is this Order 66? Oh the "homages" are just pouring out of Er Gen in this story.

The Beginning After The End - Chapter 380