Madam Has An Amazing Life After Her Divorce 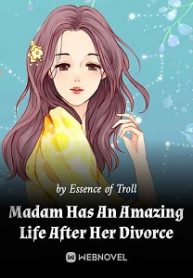 # loveafterangstWhen his wife and dream girl were kidnapped at the same time, he chose to save his fragile dream girl and left his devoted wife to the kidnappers. He had said to his wife, “Qiao An, you’ve always been smart, surely you can save yourself even if I leave you with the kidnappers. But Wei Xin can’t.” From this incident, Qiao An finally realized her husband’s true feelings.Left to fend for herself, she chose to jump from a dilapidated building. To the scumbag’s horror, after his supposedly obedient wife was discharged from the hospital, she began raining down revenge on him and his dream girl. He was completely overwhelmed. After he lost everything, he came to realize that smart women should never be provoked. He decided to reconcile with his wife. However, his wife had found a new life with his uncle!