Madam, Your Sockpuppet is Lost Again! 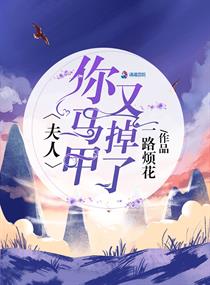 Qin Ran grew up in the countryside. She disappeared for one year and lost a year of high school.

One year later, she was taken to Yuncheng by her biological mother to attend school.

Her mother said: your stepfather is from a prestigious family, your big brother is a genius, your younger sister is a top student, you must not lose their faces.

Until one day, Junye investigated a big shot, his subordinates looked at the sockpuppet that had come off her while she said she knew nothing about it… they sank into a bewildered silence.

It was probably a story of two big shots trying to hide their sockpuppets so that the other didn’t feel inferior.

Read Is that a Wisp? Chapter 55

Ahh so let´s do a little review. Mc isn´t bad pretty likable but the story misses a sense of mystery and there is no world building. Especially the alchemy, formation and other stuff, just all plain. Let´s add some 0 entertainment and and no sense of urgency. So mc forms a team from some random people and the moment he considers them friends he is gonna share all his cultivation techniques and experiences. If they actually found something in this ruin they are probably gonna equally seperate it in four parts that´s how im seeing it. The sakura beatings style jokes make me a cringe a little since i really don´t enjoy it. Having author have to tell you that mc is at the level of the puppet kinda sucks that isn´t something you would want from a mc lol.…

Infinite Mana in the Apocalypse - Chapter 176

Why would he go solve the miasma problem with them? Isn’t giving them the information enough? He needs them to defeat the final boss so having the hero’s party being to reliant on Harold wouldn’t be a good thing…