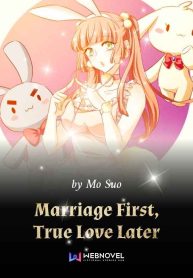 She is an ordinary leftover woman.

He is a young and influential person and would be the most powerful person in the city.

In the past, she had a love that was hard to forget, but in the end, it was not able to fight against reality and it ended in despair.

He had also been in a deep love but he was betrayed by his girlfriend and his friend and because of this, his marriage kept getting delayed.

She and him have only met a handful of times. The beginning of a drama. She thought that he was the one she was to have a marriage meeting with. She didn’t ask anything else and directly said: Do you want to marry me?

He recognized this woman. He didn’t hate her nor did he like her, but he happily nodded after getting over his shock: I’m free in the afternoon. But he didn’t tell her that he wasn’t the one she was supposed to have the marriage meeting with.

In the bridal chamber, she gave him the marriage agreement and said calmly: These are the three laws.

In reality, there weren’t three laws, just one: Couple’s pact, once a week!

He nonchalantly raised his eyebrows and the corner of his mouth inclined slightly. He picked up the pen and confidently signed his name.

Because of this agreement, so…..

The woman looked at him, nodded her head and pressed the light switch above the bed.

In the dark, a pair of large hands reached into her shirt and touched her smooth skin and they engaged in a night of passion.

The woman looked at him, nodded her head and pressed the light switch above the bed and laid down to sleep.

In the dark, a pair of large hands once again reached into her shirt and touched her smooth skin. Then, the hands were suddenly caught.

“What are you doing?” The woman coldly said.

“Fulfilling the couple’s pact!” The man said rightfully. Then, he turned around and pressed the woman below him and once again, it was a night of passion.

On the morning of the second day, the woman endured the soreness on her lower back and went into the study to find the agreement. Suddenly, he eyes widened and she angrily said: Su Yicheng, you bad guy!

It was clearly written on the agreement: Couple’s pact, rest once a week!

Dating after marriage, comfort and spoil.