MMORPG: Rebirth as an Alchemist 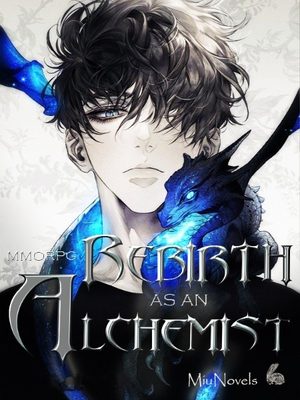 For the sake of his family, Ren embarked on the popular VRMMORPG, COVENANT, that used real-time in-game currency. But being a mediocre player who only knows how to gather information, he was put in a supporting role.As the game explodes in popularity and every multibillion-dollar company invested in the game, things have turned for the worse for Ren. Due to the amount of information he gathered, the cheats, secrets, quests, and bugs he discovered, he was silent in fear of selling the information to the other guilds.But given a second chance, he went back in time when his father was still alive and COVENANT was just in its starting phase.This time . . . he wouldn’t be that guy on the side who gathered information from day in and day out for ten years.Equipped with the games knowledge he accumulated, he will become . . . an Alchemist!Chrono Mage? Djin Master? Summoner? Necromancer?Chaos Lord?What good are those?Sure they’re powerful and rare classes and sought after by guilds, but it’s the alchemist who forged artifacts and concocts rare items and potions that gets the most coins at the end of the day!It was better than being a blacksmith or a crafter! Plus, he could use all sorts of magic without limit to race and class!It was the ultimate class! And no one even knows it!