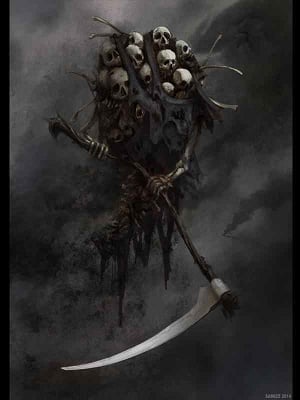 Jay was merely a butcher, living in a small village on the outskirts of a magical world. When humans came of age, they would receive their class from a mana conduit, and begin their lives as adventurers.Unfortunately, due to either sheer bad luck or happenstance, Jay didn't make it to a mana conduit in time. He woke up the next day, assuming he was going to be a butcher forever… until he realized that he did get a class – but not one he wanted.Status Thought Jay.[Necromancer Level 1]…I'm a Necromancer?! – In this world, this was a monster class, and one of the more powerful monsters. If anyone finds out about his class, Jay knew he would be hunted down and killed on sight. He was not just a threat to the nobles, but to all living things.Through plotting, secrecy, and sometimes by sheer carnage, he can only attempt to survive in this hostile world.Join Jay as he struggles against all odds and misfortune, against a world that wants him dead, as he rises and bends the world to his will.