Mythical Beasts: The Useless Lady Is a Genius! 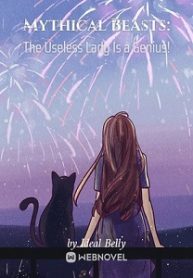 In the empire, both men and women would awaken Beast Essence once they reach the age of eighteen. Beast Essence was hidden in human bones, and the bone is called Beast Bone. The more important the position of the Beast Bone was in a human body, the better the Beast Essence, and stronger Beasts would hatch from the beast eggs in the future! Kong Rui was going to be eighteen soon.

She wanted to awaken, and then escape from this colosseum. She wanted to escape this deceitful place where she was only entertainment for others, and had to fear her fate in order to survive. However, she was caught. She was tied up and her sister dug out her entire backbone, because Kong Rui had awakened a Phoenix that had not been seen in a thousand years! She was stripped of all hope and thrown into a ravine filled with demonic energy like a dead dog. Everyone thought she wouldn’t survive, but they didn’t expect her to have two elements in her body. She found a master under the cliff and even became a pampered princess of the demons there.

The demons: “We’ll cut off the head of whoever touches Little Rui!”Walking out of the abyss, she used her power to defeat the heroes, and no one dared to say the word “genius” in front of her! The Beasts that no one could conquer were as good as babies in her hands! Countless peerless bosses came out just to accept her as their disciple! The bigshot that everyone feared even hugged her waist and whispered, “Do you want the entire empire? Why don’t I give it to you?”