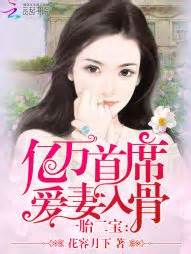 For a million contract, she became a surrogate mother .

He was the chief executive of the Empire. And she is a lowly daughter , because of her adoptive father’s business falls into crisis, she became his surrogate mother.

She gave birth to twins : the first brother is healthy, while the other brother didn’t breathe out. She fulfilled the contract, with a huge sum as a reward she disappeared from his eyes .

Six years later – he was still the cold high-profile president , but when she accidentally get imprisoned in the cage of his golden birds! He pressured her harder and harder: “Woman, do not think you can escape my hands!”

The old-fashioned man: “Mu Yazhe, you’d better leave her alone, this is the child’s mother!. ” The man got scared while thinking, why this child’s facial features looks exactly the same with …

NEW NOVELS
Thousand Miles of Bright Moonlight
6.8
The Tyrant’s Beloved Empress
9.8
He Loved My Sister
4.6
One-way Access
0.0
Honey, Why Can’t We Get a Divorce?
0.0
Never Saved You
0.0
The Door to Rebirth in Apocalypse
8.7
Unlimited Power – The Arcane Path (COMPLETED)
0.0
I Became the First Prince
0.0
100,000/Hour Professional Stand-in
4.4
I’m Gonna Live with You Not Because My Parents Left Me Their Debt But Because I Like You
0.0
Raising You This Small Stuff
0.0
See All New Novels »
SEARCH BY GENRE
Sponsored Content
LATEST COMMENTS

Legend of the Great Sage - Chapter 950

Studying in the examination hall under the eyes of the Invigilators more like. LoL!

But not as deep as Heavenly Court's foundation!