Only I Am A Reader 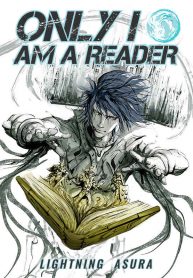 Doesn't every reader dream of traveling to the worlds of their favorite novels at least once, even if it's just a passing thought?Unfortunately, no matter how much they wish for it, their dreams ultimately remain as figments of their imagination…However, for one particularly special leader, Leo Lock, that was no longer the case!Suddenly hearing a strange voice in his head, Leo fainted only to find out that he took over the body of a character from a fantasy novel he once read upon waking up, realizing readers' number one dream! But…[ Target: Reach the epilogue. ]The only lead he had to going back to his reality was an impossible task! The character he took over already had its death date confirmed!Facing this inconceivable situation, Leo couldn’t help but question everything, including his own reality…Would he manage to go back to his normal life? Or was that simply the beginning of a much bigger change beyond Leo's expectations.