Path of the Ascendant 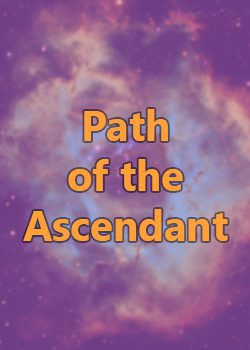 A million years ago, the Western Continent was forever changed by the establishment of Yi City, the largest nation in recorded history. Split into many districts, it was the greatest accomplishment of its creator, but its glory did not last long.

Now, it is separated, and even those connected to the ruling families may be reduced to servants. Yi Wei is one such servant, but even when she isn't being ordered around by the likes of her aunt, she struggles to make any progress in her cultivation. Her own talent seems subpar, and the strange, inert characters floating around within her dantian don't help in the slightest.

However, her life will be changed by a simple accident that will set her onto the path of growth and discovery. The Planar Continents hold many mysteries, and the path she has chosen gives her no choice but to investigate them, for that is the Path of the Ascendant.

(Sexual content will not appear prior to Volume 2. Futanari will not appear prior to Volume 3. The main content of the story is already complete and chapters will be released daily, with exception of bonus chapters, which will come out alongside main chapters. Bonus chapters are being written right now, and once they're done, I will move on to a new novel which will feature more sexual content and futanari, in case that's what you're interested in.)