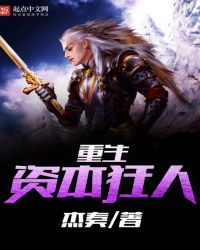 In the 1970s, the world economic order changed drastically, the Bretton Woods system collapsed, and the oil crisis broke out; Xiangjiang, which was moving toward the Asian financial center, also ushered in the first era of universal stocks with unlimited opportunities; and a young project manager, Inexplicably broke into this time and space where Chinese capital began to rise. On this dazzling big stage, there are countless strugglers, speculators, upstarts, tycoons, celebrities, prominent families, tycoons, celebrities, wealthy young people, celebrities, celebrities, geniuses, champions... I will appear on stage after you sing. Between the new and the old, even though there are many differences, the same remains the same-the poor are still the fuel for the rich, and the weak are the fertilizer for the strong. Since then, on the ranking list of wealth promotion, a Chinese capital tycoon was born, and the situation changed in the leisurely courtyard, and the miracle was born. The economic order is around me, showing the true qualities of a generation of madmen!

I don't think there's any chance of a fight to the death between them, maybe challenging the Grid at some point can happen but I doubt it

Lord of the Mysteries (Completed) - Chapter 571

Already? Damn, since when was Klein such a risk taker?? Acting as Gerhman has made him alot more daring it seems.