Reincarnated As A Demonic Dragon, I Formed A Pact With A Beautiful Female Lord 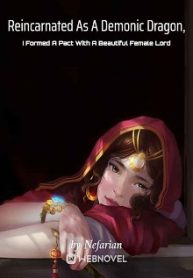 Xu Yuan transmigrated to a parallel world where everyone became lords. Initially, he thought he would be a lord too. To his surprise, he became the Dark Demonic Dragon, a starter hero awaiting to be summoned by a lord. He also awakened the Dragon God Cultivation System.

[Transformation of the Dark: You can level up quickly by staying in the dark.]

[Rejuvenation of the Demonic Dragon: You can revive using the power of the dark. Your basic attribute points will increase every time you revive.]

[The Blade of the Hidden Wings: This is a dark attribute AoE skill. It can annihilate all enemies within the area of effect.]

[Unlimited Devouring: The skills of your enemy shall be yours now. Unleash this skill to devour your enemy and acquire their skills.]

Su Wan, a beautiful lord, had no doubt that she could easily become the most powerful lord in the universe.

She felt her heart beating fast when she first saw her starter hero dazzle amidst the flashing summoning light.

Unbeknownst to her, her nightmare was about to unfold.

While other heroes devoted themselves to training day and night in order to level up, her hero goofed around and showed no effort to improve himself.

While other heroes charged into the enemy’s base and valiantly killed off their foes, her hero hid in their base and slept soundly.

As time passed, Su Wan slowly discovered that there was more to her hero than met the eye.