Reincarnated as an Emperor ~ Will the Emperor at Birth Survive? 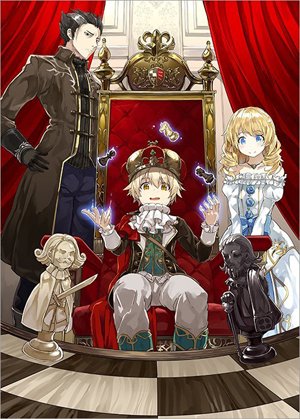 Being born as an emperor may seem like a jackpot. There is only one person who could call themselves ‘Emperor’ in the Eastern Continent. He, who was born on this supreme set, would not have a smooth sailing life.

The previous Emperor, his grandfather, and the person who should have succeeded the throne, his father, were assassinated by the aristocrats. The eighth emperor of Bungdalto, Carmine is a convenient puppet for the aristocrats, and a palanquin who can be killed at any time when no longer needed.

With the emperor not having received a proper education and the empire collapsing due to political strife among the nobility. The empire teeters on the brink of financial collapse, unable to deal with interventions by neighboring countries, and has no choice but to allow the independence of its frontier areas. The precarious state of the empire is clear to everyone.