Reincarnating in a Depressing Game! 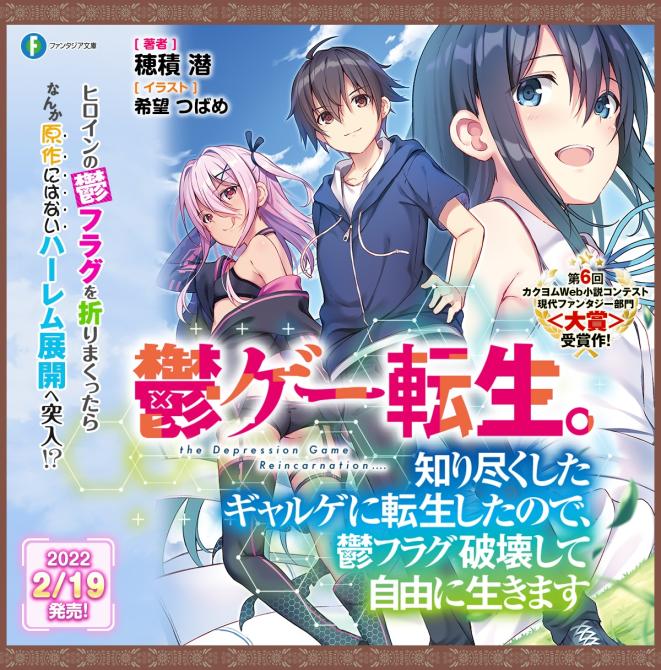 A middle-aged man who once spent his youth on gal games found himself waking up in the world of his old favorite galge, “Under the Clear Blue Sky” popularly known as “Kumosora” as the protagonist Naruse Yuuki.

Kumosora is a typical visual novel drama game that he used to play and is completely familiar on how to capture the game’s heroine’s route. Now he’s ready to embark on capturing the heroine – NOT!

Why?! Because the way to get the happy ending is too difficult!

That’s right. Kumosora is a typical Japanese Romance-horror style galge set in the countryside with lots of depressing elements! And the game developer is a nasty guy known for his R18 humiliation game! No matter what route the protagonist takes he must endure a gruesome, painful and excruciating ordeal!

“I will never capture any heroine! I’m going to smash all these depressive flags before they even appear!”

Using his knowledge as a former broker and the knowledge about the future. The middle-aged man builds up his financial strength to gain power.

“A depressing event at the head shrine, buy it and block it! Yakuza trying something to do lascivious to the heroine? Hire a mercenary and crush them!”

This is the story of a man who reincarnated in a depressing game and refuses to capture any heroines. And using his financial power, he forcibly destroys any depressing flags.