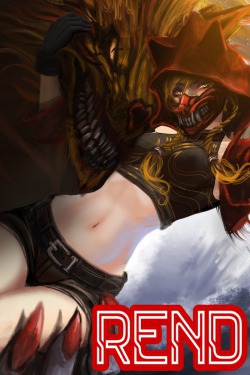 In an alternate reality Earth, where a mysterious organization of superhumans fights eldritch horrors taking over people's minds, Erind Hartwell, a first-year law student with psychopathic tendencies and obsessive compulsion to follow an inexplicably arbitrary set of Rules, seemed normal in comparison. And that is what she is going for. Society frowned on different—especially her kind of different.

Rule #4: "I wouldn’t bother the world as long as it didn't bother me."

Unfortunately, the world bothered Erind's normal life. On the brink of death, an entity came offering powers to save her. Left with no other choice, she accepted it, changing into a new form—the first of many that'll help her survive this dangerous world. ___________________

This story aims to accurately depict a psychopath as its main character and thus differs from the usual presentation in popular media. A 'psychopath' is not an official diagnosis, the true definition in psychiatry being Anti-Social Personality Disorder. That said, the main character, Erind, will not be portrayed by basing her character on a checklist of ASPD signs. It is a spectrum after all, and my intention is for her to organically grow as a character. And since this is a spectrum, Erind is not representative of all psychopaths; she fits in normally with society (as most psychopaths do) until the events of this story forced her to act otherwise. She has many psychopathic traits but likely has other disorders as well. Be aware that it might not be a good idea or might not be possible to self-insert with this character.

REND is a twist on the superpowered human genre combined with eldritch horror, but its main emphasis is character development and exploration, as it is, first and foremost, a psychological story. Hence, it might be considered slow-paced in places compared to most web novels. Overall, REND offers a unique reading experience, which can be good or bad depending on how open a reader is to trying out new things. If you're looking for something different from the mainstream, then this story just might provide the experience you didn't know you were looking for.

Also, volumes are usually structured with the first half of it as more focused to world and character building (giving it a slow-paced vibe), and the latter half more on action. There is a gore tag and the story fully uses it, so be warned.

If you think you can win me back with sudden descriptions of lovely female nudity... https://media1.giphy.com/media/9oI5rWZ3qcacGuiuMb/giphy-downsized-medium.gif