Shadow of the Soul King 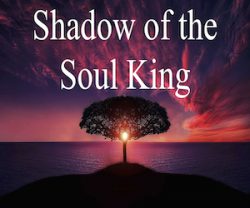 Earth was ending. He tried to save it with science. She betrayed him. Together they almost started World War III.

Now their home is facing an invasion of monsters and extraterrestrial forces, but it's no longer their problem.

They're dead and soon to be reborn as monsters. Instead of saving their world, their job will be to destroy another one through science and guile.

Oh, and the universe also seems to function like a litrpg.