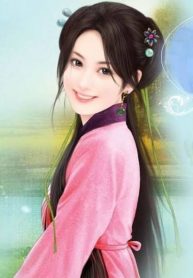 I got cheated on cheh ~ don't worry I have five men who dote on me .A stoic man who couldn't string two sentences ? I will make him rap watch me .A hot and cold tsundere who has a venomous tongue for opposite gender ? I will make him pour honey from his mouth .A stupid and childish man ? see how he flirts like a womanizer with me .A gentle scholar , cough he ain't gentle with me on bedA shy introvert ?see him become a wolf in sheep's clothing .Su Wan - a thirty years old divorced woman who was cheated on by her husband and step sister , spends a night drinking alcohol all the while watching how her ex husband and step sister makes a joke of themselves ." ahhh !You bastard ! You slag man you think this old lady won't have a man anymore ???Not only this great aunty will have a man ! I will have five men ! One to sleep ! two to roll and three to pamper !! "Amidst her alcohol intake she passes out only to find her self transmigrated over to a small village in ancient China and that too on her wedding day with The five Lin brothers.