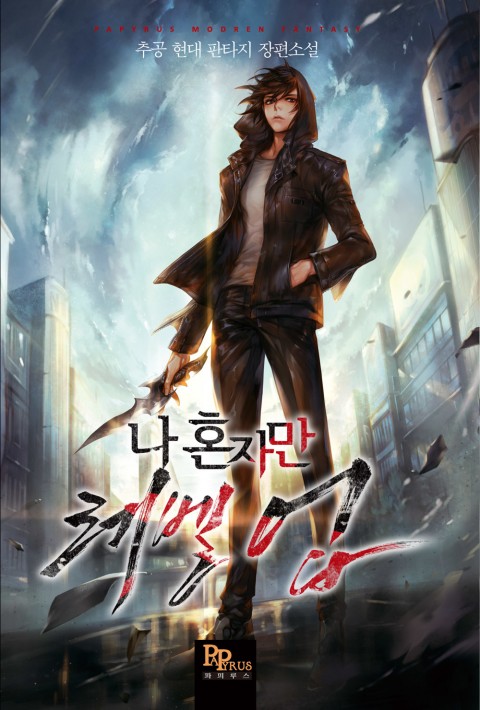 Ten years ago, "the Gate", which connected the real world and the monster world, was opened. Some ordinary people were granted the ability to hunt monsters within this Gate. These people are called "Hunters".

Not all Hunters are equally powerful. Sung Jin-Woo is an E-rank Hunter. He is someone who must risk his life in the lowest of dungeons. He had no skills to show so he struggled to earn the money. Until he discovered a hidden dungeon that was the most difficult within the D-rank D-rank dungeons.

As he was about to accept death, he received an unusual power. It was a quest log he couldn't see. This gave him a secret way to level up. His level would increase if he followed his quests and hunted the monsters. He can go from being the weakest Hunter to becoming the strongest S-rank Hunter.

How to Thrive in the '60s
9.4
A Dragon Idol’s Reincarnation Tale
8.8
Global Towers: Starting With The SSS-Rank Talent, God-Tier Extraction
7.6
The Story of a Man Who Is Reincarnated as the Shi*tiest Guy in a Doujin, but the Heroine Keeps on Coming Close to Him
7.6
I Love You the Most in the World
0.0
The Culinary Tycoon
0.0
Dressed as a Stand-in for the White Moonlight
9.6
Pawahara Seijo no Osananajimi to Zetsuen Shitara, Nanimokamo ga Umaku Iku Yō ni Natte Saikyō no Bōken-sha ni Natta ~ Tsuideni Yasashikute Kawaii Yome mo Takusan Dekita ~ (WN)
8.9
Of All Things, I Became a Crow
9.2
I Have Decided to Go Look for My Father
0.0
Tensei Shitara Slime Datta Ken (LN)
8.4
TRASH OF THE COUNT'S FAMILY
0.0
See All New Novels »
SEARCH BY GENRE
LATEST COMMENTS

After Being Betrayed, I Inherited A Massive Fortune - Chapter 73

The novel is about to really start! I just can't wait for it.

Little Ty-Ty is having a tough time, emotionally.

As much as I enjoy the novel, those revolutionaries are amongst the worst written characters ever xD What do we want? Revolution! Why do we want it? Uh, well, just because! What do we want to achieve? Well, you see, it's kinda... um... we don't really know, man! Will it be better after? Abso-fuckin-lutely no idea my dude!

Read I Shall Seal the Heavens Chapter 1611

You know he never used that Ji Clan's Fishing Rod

After Being Betrayed, I Inherited A Massive Fortune - Chapter 72