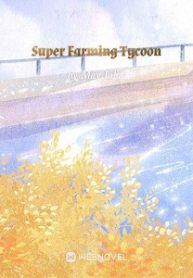 After five years of being together, Gu Qingming thought it was love. Who would have thought it was simply an elaborate scheme? After learning the truth, she decided to exact her revenge on that pair of scumbags! Just as she was about to return and receive millions in inheritance, she died unexpectedly! When she opened her eyes again, she had returned to the moment when her parents kicked her out of the house. She was also pregnant with a fatherless child. She decided to return to her grandmother’s house in the countryside. There, she grew watermelons, peaches, and oranges…***Gu Qingming followed her grandmother to the field and saw a large plot with lush green plants. She asked excitedly, “Grandma, why is there so much leek planted here?” Her grandmother’s expression changed when she heard the question. With a smile, she explained, “Darling, that’s not leek. They’re rice seedlings! When harvest time comes around, they’ll turn into the rice that we eat every day!” Gu Qingming: “…”***An adorable toddler stood between the endless rows of crops, staring at his mother who was busy plucking watermelons. He balled up his tiny fists as he yelled, “Mommy, you can do it! You’re almost there! You can do it!” Everyone: “…”***A certain businessman was on the prowl for investment opportunities in the boonies when he bumped into a little munchkin. Their gazes met. The kid stared up at the bigger version of himself. The little kid clung to the man’s thigh and announced proudly, “This is the hill where my Mommy works. You can’t buy it!” The man picked up the kid and a slight grin broke across his face. “Well, that’s fine. We’ll get your mom to marry me, and you can call me Daddy. This hill, alongside all the assets under my name, shall also belong to your mommy. How’s that for a deal?” The boy: “…” That’s very tempting indeed! The little kid gulped, but he was determined not to sell out his mom! This is the story of a princess who hails from a small family of farmers, who goes on to become an expert farmer, and then an agricultural tycoon!