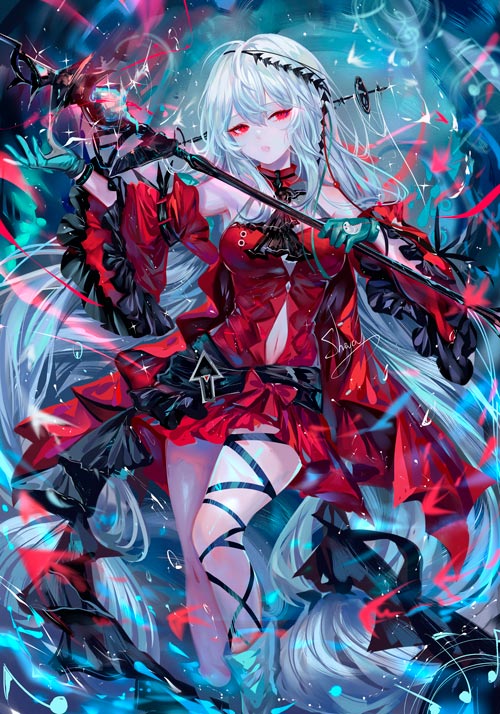 Eternal life...A blessing or a curse?But the man who possessed such a gift only saw it as a curse...a curse that haunted him throughout countless years.He wished to die more than anything else...or at least forget himself so that he won’t feel the pain that haunted him anymore.His wish was granted, and his memories disappeared as he went into slumber.Many million years later, he woke up, reborn with no memories of his past.But after living for a few hundred years in the new world, he got bored of his life and went into slumber again.However, after waking up a second time after more than a thousand years, he was presented with a vastly different world...a modern world that seemed so different from the medieval era he had lived in once.Seeing that there might be interesting things for him to do this time, he decided to not sleep anymore and live his life in the new world by doing things that others might consider boring and tasking.He wanted to be a bodyguard, so he became one. A teacher? Why not? A delivery man? Of course! And so he kept on trying different jobs till he found ones where he could find a beauties to spend his company with.But even if the man wanted to live a mundane life, his destiny had other things in store for him, guaranteed to make his life, not smooth sailing.Without his knowledge, mysterious otherworldly forces were in play whose machinations seemed to revolve around this man.Only fate can tell whether this immortal man would be able to continue living his life as he wished or if he would come upon unexpected paths and choices that could change his life for better or worse.But most of all will he one day remember his true past? And will his past catch up to his present life? Read on to find out...——————Read my obligatory review. This novel contains R18 but not without a good plot. The novel also contains a bit of slice of life but not to the point of annoying fillers. Everything contributes to the story, and this novel starts off as an easy read. [No NTR or Rape included. Don't get into conclusions without knowing the whole story, just a warning ;) ]

Esper Harem in the Apocalypse - Chapter 491

I like that Cui guy. He's got that straight forward, "Oh well, that's life. What you gonna do?" type of attitude.