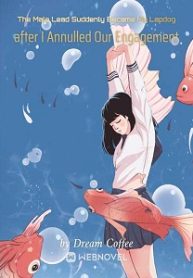 He Miao transmigrated into a book, becoming the ugly, foolish female supporting character who behaved crudely, no thanks to being raised in a village. She kept hovering around the male lead and eventually provoked the female lead, who had a System, and was cheated into losing her company shares. Her own father married her off to a violent, abusive husband, and she ended her life as cannon fodder due to one of his violent fits. To avoid that tragic end, He Miao made two choices. The first was to escape the He family as soon as possible, while the second was…Asking the male lead out for a meeting, she told him, “I don’t love you anymore. Let’s annul our engagement.” Jing Yan, who was still racking his brains on how he could get away from her annoying presence, exclaimed, “Are you serious?”Seeing that he was distrustful, He Miao took out the engagement gifts and stuffed them into his hands, ignoring his scornful reaction as she turned to leave. The annulled engagement meant half of her previous tragic fate was avoided, which improved her mood considerably. Hugging the little dog she adopted, she peppered it with kisses in her cheerful spirit, ignoring the fact that it stiffened in her arms… Still, it started to act weird recently as it would run circles around her in the morning while throwing a fuss at night and trying to run outside, even succeeding a few times. He Miao consulted many veterinarians and experts on the matter, but she did not know that the dog’s rebellious attitude was because Jing Yan’s soul had transmigrated into it! Everyone knows that Jing Yan’s fiancee is an ugly, stupid, annoying village bumpkin who bugged him every day. But she was at least tactful enough to annul their engagement. And yet, the same Jing Yan who had always acted high and mighty knelt in front of a fairy-like girl to help her put on her shoes as he asked unhappily, “It’s already been so long… Can we get engaged again already?”Everyone stared blankly, dumbstruck. Wasn’t his fiancee supposed to be ugly and stupid? She’s clearly enchantingly beautiful! Who spread those rumors in the first place?!