The Strongest Emperor of the Three Kingdoms 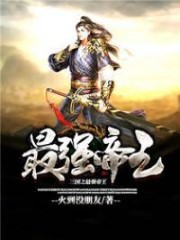 Du Yu is a rebirth. He has the memory of twenty years later. He first seized the Zhenguo Emperor’s seal in the previous world, and then used the card bug to kill the level 100 world BOSS as soon as he entered the world of the Three Kingdoms.

Awaken to the power of the world, drunk lying on the knees of a beauty, Du Yu will be the strongest emperor in this life!