The Villains’ Pampering Is Too Great! 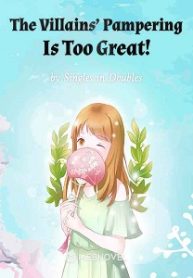 After dying on a battlefield, she was reborn as orphan Lu Xiaocha. She was in a peaceful world with delicious food she had never seen before. There were no endless missions or killings, and everything was lovely in her eyes.

When a luxury car rolled up to the orphanage, she realized that the original owner of this body was not an orphan, but a daughter from a wealthy family.

Also, she had a superb father, a mother who was a peerless beauty, five older brothers, and an uncle. But… Why did their family name sound so familiar?

Then, she recalled reading a novel before she died. It seems that her family… were all villains!

Great! She had fallen into a villains’ nest! But… this nest was so nice. Lu Xiaocha would defend them even if they were bad! Heh! Someone wanted everything the Lu family had? They’d have to ask her fist first!

A random man came over and said, “Chacha, come with me.”

“Do you think I need to?” Lu Xiaocha shot back.

The random man shamelessly replied, “Why not? Is it not worth a shot?”