The Way of The Dao 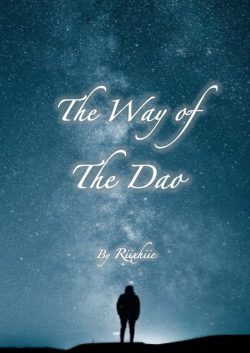 * This is my first novel, so you can expect a lot of mistakes and even dissatisfaction, (like some people say for only reading about 5 chapters and saying that the story has not been built well.)

A great expert and powerful Immortal of the Immortal World, decided to sacrifice himself to save one of his disciples and send her away from the place, while finally he was dragged toward the immense and dark abyss.

But inexplicably he was moved to the void, where apparently the Great Dao itself would take his life and soul to show him the true meaning of the Dao, but thinking of his dear ones, he refused to die and defied the Heavenly Laws at that moment, resulting imminently in his defeat.

Later, he wakes up and realizes that he is still truly alive but has apparently fallen to a lower plane, a small world where the Chi spirit is scarce and there are demonic beasts that attack a City that seems to be the only possible human settlement in that whole small world, while humans practice a type of ancient martial arts to become stronger.

However, his cultivation is still there, but it is currently restricted and enclosed by the same Heavenly Laws. In short, he has a Heavenly Seal that restricts almost all his might.

What will Ling Tian do in order to return to the Immortal World while gradually removing his Heavenly Seal so that his cultivation and power return to him?

Ling Tian will slowly understand the mysteries and conjectures about the Great Dao itself, realizing that there could be great danger in the future concerning all forms of life and existence.