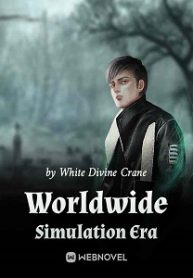 This was an era where everyone could experience various worlds through simulations.

When everyone reached 16 years old, they would receive a Life Lantern, which would grant them two free simulations.

During the free simulations, they had to break through the limits of humans in order to attain a bright future in reality.

Otherwise, they would lose their Life Lanterns and they would slowly be corrupted by a black fog until they eventually died at a young age.

Lin Qiye, who transmigrated to this era, failed his first simulation.

During his second simulation, by chance, he acquired a permanent SSS-rank talent – the Deduction of Genesis.

Lin Qiye commanded, “The Deduction of Genesis, deduce for me a way to transcend this life.”

[Congratulations for defying the heavens and successfully changing your fate. You acquired S rank in your evaluation. Your rewards are…]

His second life: [When you were 15, the spiritual aura on Earth rejuvenated. You did not awaken any talent while your childhood best friend achieved outstanding attainments with her awakened talent. When you were 16, you were killed by a stranger.]

[You carefully made plans before the spiritual aura rejuvenated. Because of this, you defied the heavens and successfully changed your fate. You acquired S rank in your evaluation. Your rewards are…]