Amongst Cultivators, I Stand Above All 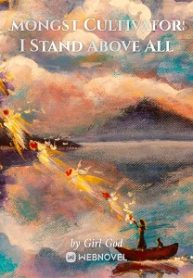 Dong Xi transmigrated, but she was neither the female lead nor the villainess, but a tragic side character in a book. Even though she was a proper rich daughter, her mother used her as a substitute for her youngest sister, and sent her to train as a cultivator at the top cultivator sect in the world. Though she was initiated at eight years old and trained for eight years, she was talentless and didn’t have much experience. Eventually, her younger sister was recruited because of her outstanding talent, while Dong Xi was banished after it was revealed that she was just a substitute.

After that, someone caught her, imprisoned her, and tormented her for two years just because she was attractive. Though she was rescued by a senior disciple from the cultivator sect, it turned out that he did it to avenge her younger sister, and tortured her to death. When Dong Xi transmigrated, it was just after she was initiated and began life as a cultivator. She decided that she would do her best, improve her cultivation, and survive! Eating? Sleeping? All that was a waste of time! If there was a cultivator who practiced sword cultivation a thousand times per day, she would do two thousand! Eight years later, when her younger sister was recruited for her talent, Dong Xi promptly packed her bags and left, leaving the cultivator sect panicking and wondering who had taken her away! Su Cheng, the most powerful demon lord: Who dares harm my beloved wife?! This means war! Dong Xi, still running away: What? Who are you? Su Cheng: Don’t you remember the snake you counted stars with years ago, beloved?