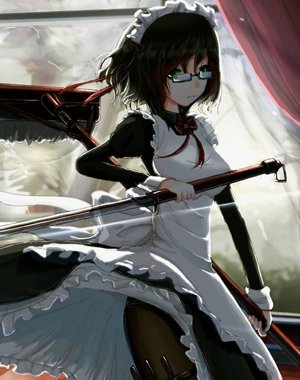 I turned my assassin into my maid with the power of money! Money is all-powerful!It was a world full of swords and magic; Lawrend was the son of the wealthiestNOTE: READ THE AUXILIARY CHAPTER FIRSTChapter 69 is the first smut chapter.merchant in town. Since the age of 7, he had been having dreams. A dream about a past life in a modern civilization where monsters are nonexistent, and humans dominate the world. Lawrend saw Iron birds, Magical bricks that display moving paintings, Thunder wielding, and many more.There was a scene in one of the dreams that made Lawrend’s heart beat fast. A row of a dozen maids bowing in front of him. Each dressed in a french maid outfit.Something awakened inside Lawrend when he had that dream. A fervent desire to have his very own Maid Harem!ADDITIONAL NOTE: PLEASE READ TILL CHAPTER 40+ BEFORE DECIDING ON ANYTHING. I'M SURE YOU WON'T REGRET IT