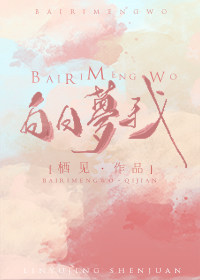 The battle for the scholarship was like wildfire. In the entrance of the school director’s office, Lin Yujing and Shen Wan came face to face.

Lin Yujing wore a pitiful look, tears threatening to fall. “Classmate Shen, to tell you the truth, I came from the countryside. My family’s poor and I was originally called Lin Cuihua. I was the only one in our Lotus Flower Village to have been able to make it to university. If I don’t get the scholarship this time, I won’t be able to pay off the school fees. If I can’t pay off the school fees, I can only go back to my village and feed the pigs….”

Shen Wan wore a look of indifference and responded, “What a coincidence. I come from the neighboring Lotus Leaf Village. My original name’s Shen Tiezhu. I don’t only have to feed the pigs; I even have to farm.”

The two people stared at each other for three seconds before turning around in unison and leaving.

Shen Wan got onto his private helicopter while Lin Yujing climbed into her Rolls-Royce.

–This is a story of two rich people trying their best to look poor in front of the other.