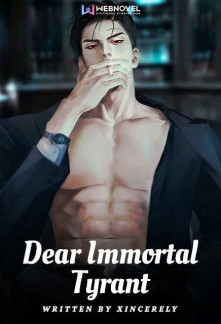 [Mature Content.]"I'll always be by your side, next to you, on top of you, behind you... The choice is yours to make."An immortal who has lived a millennium...He went by many names, many lives, many titles, but one stuck with him the most...Kaden. One look and you'd think you've met the devil. Dangerous, devious, and indifferent, people always bowed their heads to him—except for the woman that brought the tyrant to his knees.A woman with a special ability and curse...Lina. She was cursed with clairvoyance—the ability to see a person's close or far future. When most don't remember their childhood, Lina remembered her first life. Since birth, she had repeated nightmares about a man who supposedly died. 1000 years after his death, Lina sees him again, and he wants everything to do with her.Unfortunately, there's nowhere in this world she could go that he couldn't find her. What'd happen to the frightened Lina and the devious Kaden?+ + + + +Warning:Strong sexual content