EVERYONE WANTS TO PAMPER MISS ZHUANG AFTER HER REBIRTH! 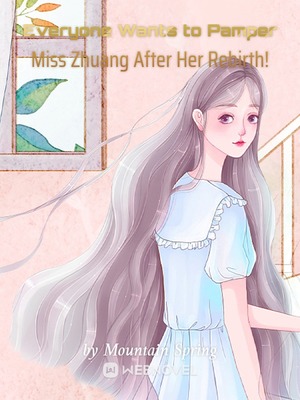 Zhuang Xian was abducted when she was three years old and lived in an orphanage until she was sixteen when the Zhuang family adopted her. From then on, she jumped from being an orphan with nothing to a little princess. But she wasn’t satisfied. She wanted to find her birth parents and get their love, but she didn’t expect to instead find a family of jackals and snakes. They took advantage of her trust to annex her adoptive parents’ company and forced them to their deaths. Her three brothers fled abroad, while Zhuang Xian was beaten and scolded by everyone. Locked in a warehouse, she was forced to endure torture for the whole month with a clear mind thanks to drugs. In the end, she died miserably due to her fiance and her sister’s plotting against her. That cheating scumbag and prostitute! Zhuang Xian swore before her death that if there was a next life, she would be willing to do anything for the Zhuang family, and she wouldn’t let these people deceive her like this again! She would make sure that those who treated her well would have a good life! Zhuang Xian didn’t get the next life, but she did return to the first three years of her adoption. For three years, she stayed under the radar and created multiple identities for herself. When three years were up, she returned to the Zhuang family and beat up those scumbags, while her three brothers doted on her as though she was a treasure! Outsiders say that the Zhuang family’s adopted daughter didn’t learn well when she was younger, that she was completely illiterate, and that she was stubborn. The reason she was rejected by her previous adoptive family was that she was prone to stealing. However… She was the Chess Saint, the Gold Medalist Designer, and also the world’s best doctor! All of them were her! There was also the crazy slave-like man who loved to spoil her and loved to show off his wife, “Zhuang Xian is beautiful, right? She’s my wife!”