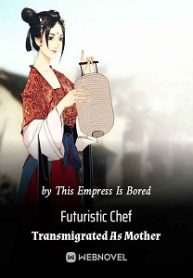 Qin Xiaoguo was a successful chef working in the future era. A turn of fate brought her to the past, into a time of famine and uncertainty. Waking up one day, Qin Xiaoguo found herself face to face with a boy who acknowledged her as his mother.Having transmigrated from the year 3024 to 42 BC, Qin Xiaoguo had traveled across a three-millennium time leap to the past. She was transported to a destitute place, and also became mother to a hungry, skinny boy at the same time.Her only comfort to her new-found circumstances was a spatial ring that allowed her to transmigrate—giving her free access to food and other belongings from a different era.After years of raising her son singlehandedly, Qin Xiaoguo had a surprise visitor at her door. It was a man claiming to be her husband, requesting to stay the night. Out of confusion and pity, Qin Xiaoguo let the self-proclaimed father of her child into the house.