Getting Hard (Journey of a Tank) 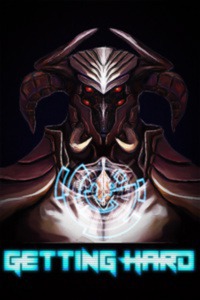 Herald Stone always built tank characters in every MMORPG he played. To be immortal—that was his first Goal, a simple childhood dream. However, the turbulent realities of life put an end to his gaming days.

Years passed, and Herald Stone, now having attained success and stability, was presented with the opportunity to redeem himself...to fulfill his first Goal. Trivial? Childish? Others might think so. But Herald Stone always fulfilled his Goals—every single one. No matter what. Immortality beckoned in Mother Core Online, and this time Herald Stone would answer.

Choosing a long-forgotten race, hidden away in an unknown region, the journey of an immortal tank begins. This is the tale of Herald Stone...getting hard.

Also published on Scribblehub. My other ongoing story: REND (https://www.scribblehub.com/series/216715/rend/) -----Expect a focus on building a true tank in MMORPGs. Heavy game elements and numbers are present. But actual math will take a backseat to strategies involving skill builds and synergies that steadily become more complex while remaining understandable.

The main character is atypical in LitRPGs or web novels as a whole. He might take some getting used to. Character arcs will develop over a long period. What you see now will be different as the main character changes. The start of Getting Hard is slow-paced (more so than others of the genre) and includes world-building and character development before focusing on the LitRPG.