God’s Path: I Can Create A Lot Of Cheats Through Mutation 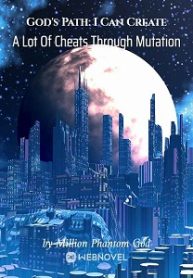 God’s Path was a mysterious game that appeared on the blue planet 20 years ago.

Only 1 million slots were opened every month.

Once a person became a player of the game, they would gain superpowers and become stronger than normal people.

Ling Yi was able to activate the Super Mutation System after becoming a player.

From consumables to divine weapons, he was able to mutate everything.

He was even able to mutate a bunch of cheat-like powers when he maxed out his potential.

When he mutated the +1 luck talent, it became a cheat-like power, Probability Reversal, where he could reverse a 10% possibility to a 90% one.

When he mutated the True Eyes, he got the Eye of Truth, another cheat-like power that not only allowed him to see the hidden stats, but also the information of items.

Other than those two, he also had other powers like the Malevolence Manifestation where he could turn other people’s evil intentions into narration, and the Intelligence Reduction Light which reduced the intelligence of his target.

A year later, Ling Yi, who had achieved titles such as the Fastest Player to Level Up, First Maxed-level Player, and Strongest Man, was in one of his many interviews.