I Can Enhance My Talents Using Unlimited Skill Points 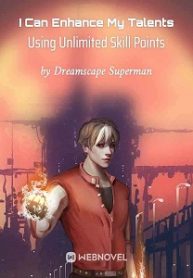 The world is under invasion by creatures from another world. Martial arts became the most important skill in this world, and all cultivators strived to improve their skills.Chen Yiming transmigrated to this world with a special ability – the Martial Arts Talent System. The system allowed him to use Skill Points to enhance his talents infinitely.What if he was born with a physique that was not suitable for cultivating martial arts? He could slowly train in the mountains while waiting for his Skill Points to accumulate. When they reached a certain amount, he could use them to enhance his talent and automatically acquire the physique needed for cultivation.What if he did not have the complete volume of the martial arts technique he practiced? It wasn’t a problem. With sufficient enhancement to his talents using Skill Points, he could automatically deduce the missing parts in the book.With the Martial Arts Talent System, he could defeat everyone who got in his way. He could easily climb the ranks in the martial arts world – becoming the top disciple, the top cultivator, then the grandmaster.