I Have Awakened The Deduction System 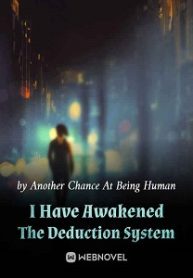 He Chuan transmigrated to an alternate world where everyone could reincarnate.

In this world, all citizens who reached 18 years old could acquire a chance to temporarily reincarnate to another world.

They would acquire a mission along with the ability required to survive in that particular world.

If they successfully completed the mission, they would become a permanent Reincarnator. They could then embark on the journey of being rich and successful.

If they failed the mission, they would become ordinary commoners. The gates to the new worlds would be forever closed to them.

He Chuan reincarnated to his first world.

[You reincarnated into a world of martial arts. You are an orphan and a loser. You awakened the Deduction System.]

He Chuan devoted himself to deducting various kinds of martial arts. He extracted the essence of each technique and merged them into a unique system.

In the end, he became the greatest legend in Jianghu.

[You acquired S rank evaluation. You may choose to keep the power you gained during this reincarnation and use it again in your future reincarnations.]

He Chuan chose to keep the Deduction System decisively.

He then reincarnated to his second world.

[You reincarnated to a fantasy world. You are talented and are the eldest son in the royal family.]

Sit back and enjoy as He Chuan breaks through the limits of the world and crushes the void.