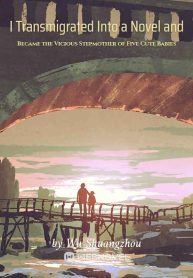 In her past life, Mo Ruyue was a top-notch assassin. She was as indifferent as an abyss, and had killed more people than she had fingers to count. In her new life, she became the vicious stepmother of five munchkins in a remote mountain valley, and they were terrified of her. In this life, she decided to change the way she lived. She only had four bare walls for a house? Her children starved to the point they were just skin and bones? No problem. She could kill wild boars with her bare hands, so food wasn’t an issue. She was also proficient in multiplication tables, and her kids instantly became big fans of hers. It had been a difficult journey to change from a vicious stepmother to a warm one. Then, her supposedly dead husband suddenly returned, now the first minister of the dynasty.“Let’s divorce. Give me the children, and I’ll return the money to you.” “I don’t lack anything, just you and the children.”