I Was Admitted To The Villain School 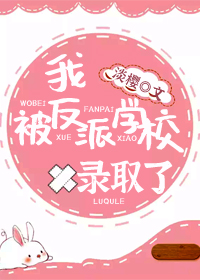 Lin Xinghe, who used to be the villain of a Mary Sue novel, received an acceptance letter from the Modern Era Department of the Villain School.

On the first day of school, her deskmate told her-

“Every new villain that comes here thinks that they’re f*cking amazing. At best, Modern villains like us know how to earn money through murder and cause trouble for the male and female leads.”

“Whatever you do, don’t provoke the Western Fantasy Department. Before coming here to reform, those big brothers would wipe out half the world with a snap of their fingers.”

“Also, don’t hang out with students from the Ancient Era Department. Those villains are always conspiring to overthrow the throne and become principal.”

“And you absolutely cannot have any fantasies about the Xian Xia Department’s grass, Xie Wuan! That! Guy! Is! A! Big! Pervert!” (1)

Note:(1) Grass: recognized as the most handsome and attractive boy